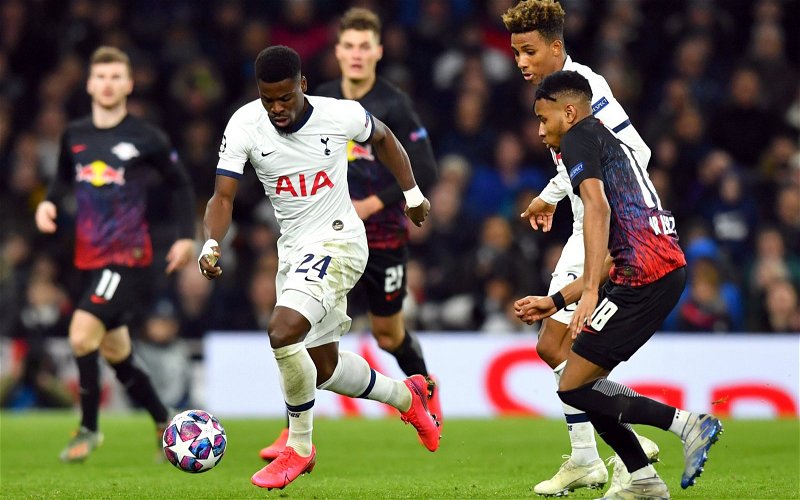 The Ivory Coast international struggled throughout the Champions League clash; earning a disappointing 6.31 rating for his performance. The 27-year-old has impressed so far this season; averaging an impressive 7.24 rating in all competitions for the North London club, but was unable to match his usual standards with a below-par display against Julian Nagelsmann’s side.

Aurier struggled to deal with the combination of Angelino and Timo Werner, who were deployed on the left-hand side for the Bundesliga title hopefuls and he also struggled with his passing throughout the match; with only 64% of his passes finding their mark.

Who should start against Chelsea? 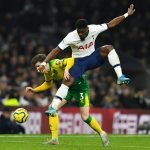 Reaction from Spurs fans to Aurier’s disappointing display can be seen in the tweets below.

Aurier has been absolute trash tonight. Once he’s restricted going forward, he does absolutely nothing positive for the side. #thfc

Get Aurier off that pitch, out of London and as far away as possible. Absolutely awful. #thfc #coys

Aurier please please get out of my club

Lucas is trying imo. Aurier is just an embarrassment and is in the Gilberto league of fullbacks for us

Get aurier out of this side and club ASAP! #thfc #awful

We look massively weak down our right side. Aurier and Gedson both looking vulnerable #THFC

These Spurs fans clearly weren’t impressed with Aurier’s performance against Leipzig and will be hoping for better when they travel to Stamford Bridge to face Chelsea on Saturday.

Aurier, who is valued at £18 million (as per Transfermarkt), was certainly not at his best against Leipzig on Wednesday night and perhaps Japhet Tanganga will be in line to replace the Ivorian defender in the starting line-up at the weekend, with the 20-year-old having featured there under Jose Mourinho.