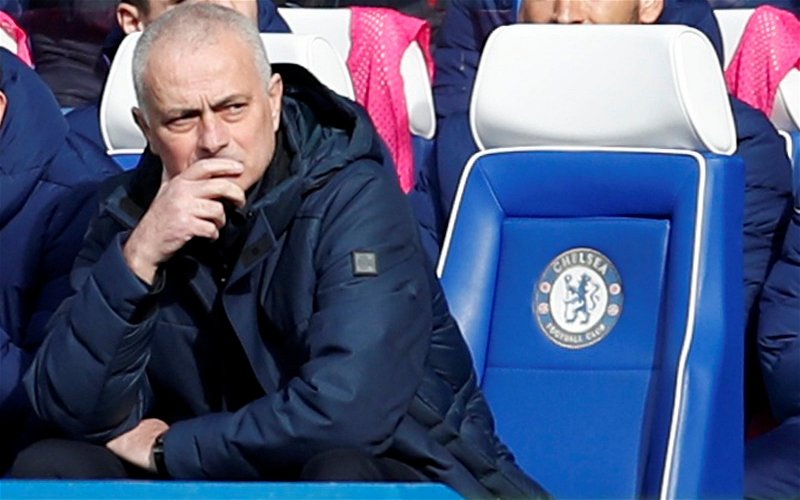 Spurs fans have been discussing some quotes from Jose Mourinho in the wake of their 2-1 defeat to Chelsea at Stamford Bridge at the weekend.

Goals from Olivier Giroud and Marcus Alonso had put Frank Lampard’s side into a commanding lead at Stamford Bridge before a late own goal from Antonio Rudiger sparked some hope of a late comeback, but it wasn’t to be for Mourinho’s side. Following the game, he discussed the efforts of his players, saying he was “very proud of the players. They fought until the end.” per BBC Sport via COYS.com on Twitter.

The Portuguese manager was, of course, without key duo Heung-Min Son and Harry Kane, both of whom missed out through injury but saw his side register just three shots on target throughout the game. The result leaves the North London club in sixth place in the Premier League, four points off the Champions League spaces but it seems as if a lot of fans are disappointed with Mourinho’s response to the defeat.

Do you think Mourinho was really proud of the performance against Chelsea?

Yes he was genuinely proud 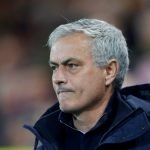 No, he was simply covering for his players

Reaction from Spurs fans to the post-match thoughts from Mourinho can be seen in the tweets below.

Never liked him never will

Playing 5 at the back was pointless , how many times did our fullbacks get forward in the 1st half ?
Sadly our squad is being found out game by game

Pathetic setup of a great team. We cant play negative all the games and expect a draw. Come on Jose …change

It must be a joke, for sure! They didn’t fight at all, no one was pushing us to go up…

These Spurs fans clearly aren’t too impressed with Mourinho’s post-match remarks and feel that he should be doing a lot better despite the injury-hit squad he has at his disposal.

Spurs were really poor against Chelsea, with Lampard’s side dominant throughout, and you imagine that if they play in a similar manner against fellow top-four hopefuls Wolves next weekend, then they might really struggle to come away with three points.