Some Southampton fans have been left laughing by the latest video of former Tottenham and Arsenal player Sol Campbell recently.

Campbell was recently involved in a post-match blunder after his Southend United side lost 4-0 to Peterborough United in their League One clash. After the game, Campbell was asked about the performance and mistakenly referred to his own team as ‘Southampton’.

Yes, no question about it 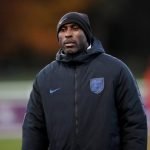 No, no reason to hate him 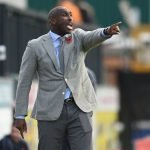 A Saints-related page relayed the video on Twitter and it left many fans laughing. They can’t believe the blunder and how Campbell could let the mistake happen.

In his managerial career, Campbell joined Macclesfield Town in November 2018, only to leave the post in the summer. He joined Southend as the club’s manager in October. As things stand, the club is at the second-bottom position in the table and have lost the last two games.

It does seem like a very honest slip of the tongue from Campbell and wasn’t exactly paying attention. While Southampton fans have every reason to be happy about their club’s popularity, only Campbell knows what he really meant.