A lot of Newcastle United fans have responded to a report in the Grimsby Telegraph that the Toon are looking at Scunthorpe United striker John McAtee.

The 20-year-old has scored two goals and provided two assists in 10 EFL games so far and was thought to have impressed Toon scouts in a Premier League Cup match.

Does this signing excite you? 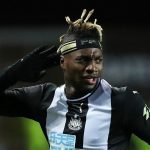 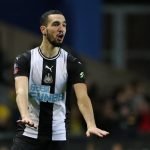 Newcastle’s Under-23s drew 3-3 with the Iron and McAtee’s performance stood out as he created several goalscoring opportunities.

The Grimsby Telegraph describes McAtee as a finesse player whose best qualities are his passing and vision.

However, these Toon fans are unimpressed by these links.

Newcastle United are said to be weighing up a transfer swoop for Scunthorpe United striker John McAtee. McAtee has scored two goals, adding two assists and registering three man of the match calibre performances in his 10 appearances for the Iron. [Grimsby Telegraph] #NUFC pic.twitter.com/pf6h8cggzV

Why do we sign strikers that don’t score goals!!

I hope this is for the u23s

The 20-year-old has made a good start to life in League Two but surely has a long way to go before he can be considered ready for Premier League football.

However, if the Toon were to buy him, then he could be someone they could develop over time.

It is said that Scunthorpe have an option to extend McAtee’s contract, so it seems the Toon would have to pay a fee if they wanted to sign him.