A lot of Newcastle United fans have targeted Karl Darlow after his performance against Oxford United in the FA Cup.

The former Nottingham Forest man played in just his third match of the season and arguably proved why Martin Dubravka is ahead of him.

Is Darlow good enough for Newcastle? 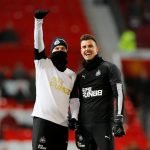 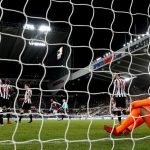 The 29-year-old made one good save in the first half to deny Jamie Mackie (1:04) but then did not deal with Liam Kelly’s free-kick – despite getting hands to the ball. (1:39)

The goalkeeper was then picking the ball out of the net again as Nathan Holland lashed a stunning strike past him. (2:30)

However, he was quite far off his line, and that made it easier for Holland to score. Darlow’s performance infuriated these Newcastle supporters.

I’ve said it before and I’ll say it again Karl Darlow is bob. Far too slow there

Karl Darlow gets paid actual real money to be a professional goalkeeper. Baffling.

Darlow moved to Newcastle with Jamaal Lascelles in 2014.

While captain Lascelles has developed to become a crucial player, Darlow has struggled to be seen as anything more than a backup goalkeeper.

The 29-year-old is valued at £2.7m and performed well for the Toon in the season they won the Championship as he made 34 appearances.

However, some errors saw Rafael Benitez bring Martin Dubravka in, and Darlow has only made a handful of appearances since.

The match against Oxford was a chance for Darlow to prove that he was a worthy competitor to Dubravka, but it seems he had another disappointing game and will now probably return to the bench.