Newcastle: Club to compete with Leicester for Benrahma

This is according to a report in The Sun, which claims that the Toon and the Foxes are monitoring the 24-year-old’s progress as well as a host of other clubs.

Would Benrahma be a good signing for Newcastle? 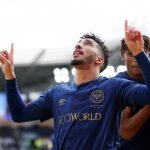 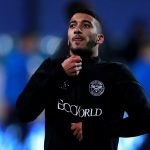 It is claimed that the Bees are preparing for a major fight to hang onto Benrahma and if Brentford want to keep him, then they must get promoted.

Thomas Frank’s side currently sit in fifth five points off Leeds United in second, so they have a chance of automatic promotion.

The 24-year-old, who is valued at £15m according to the report, has had a superb season for the Bees having scored eight goals and provided six assists in 26 appearances.

His latest performance for Brentford was truly stunning as he scored a hat-trick in a 5-1 mauling of Hull City.

However, his form last season was arguably even better as he scored 11 goals and supplied 17 assists.

It seems that after missing out on Jarrod Bowen to West Ham, Newcastle do not want to miss out on another Championship star and a move for Benrhama could certainly excite fans.

The Algerian has a stunning array of flicks and tricks and crucially also has an end product.

They will just have to hope that Brentford do not get promoted so they can make their move for Benrahma in the summer.

However, it seems they will not be the only club interested in Brentford’s star winger, and the Toon might have to act quickly.