Liverpool fans have been responding on Twitter to the latest transfer update from journalist James Pearce.

This comes after Pearce shared a post on his official page replying to another user’s question on the club’s chances of signing Borussia Dortmund’s Jadon Sancho.

Pearce claimed that he would be “very surprised” if the club signed the former Manchester City winger this summer.

The journalist also added that he thinks reported transfer target Timo Werner would be “a cheaper and more likely option” for the Reds.

Who would you prefer to see at Anfield next year? 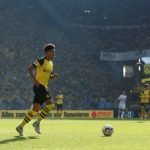 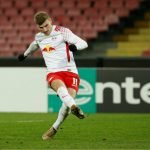 This post then gathered a number of replies from Liverpool fans who were eager to share their thoughts on this latest update.

Here’s a sample of Liverpool fans reacting to the post:

If we make an offer for sancho I’d expect naby to be involved in the deal unfortunately. Plus 1 less for afcon to worry about

I really don’t see anything special about Sancho, Werner would be a class signing.

Why should the fee be the determining factor if Klopp wants him????

The Reds have recently been linked with a summer move for both Werner and Sancho. But now that Pearce has shared his thoughts on a possible double transfer deal for the Bundesliga pair, this has paved the way for lots of Liverpool fans to reply with their opinions on the situation.

James @Nike would love to make a great entrance Sancho perfect for us and them. Watch this space!

I don’t want to see Liverpool spending 100M on a single player, we paid 75M for VVD because we needed him, we don’t need a 100M attacker, I’ll be over the moon for Werner, fair price

It seems that Pearce’s latest update has caused a bit of a stir with the Liverpool fans, particularly regarding Sancho. The Dortmund winger is currently valued at £108 million according to Transfermarkt after scoring 29 goals and providing 40 assists in 84 appearances for the German side. Whether the Reds will make a move for either Sancho or Werner in the summer transfer window is yet to be seen.