Aston Villa fans have taken to Twitter to respond to comments made by former Villa defender Micah Richards on the club.

This comes after Villa news account @AVFC_News shared a post on their official Twitter page that included an article from the Birmingham Mail, which relayed Richards’ comments from BBC Radio 5 Live.

Richards claimed that Villa’s defensive issues are “starting to get worrying” and that the team are “too reliant” on Jack Grealish.

Are Villa too reliant on Jack Grealish? 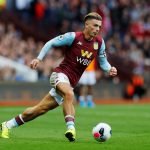 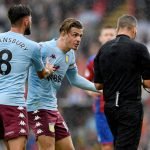 These comments from Richards then gathered a lot of replies from Villa fans who were keen to weigh in on the Englishman’s assessment of the club.

Who really cares what he thinks? Huge financial drain on the club and contributed little when he was fit.

Can’t be worse than when we had him in defence

Richards made 31 appearances for the Midlands club during his tenure from 2015 until his retirement in 2019 (per Transfermarkt). Now that Richards has been speaking on his former club and their problems this season in the Premier League, this has paved the way for plenty of Villa fans to respond on Twitter with their negative thoughts on their former player.

It amazes me these pundits who make bold predictions like this, deep into the season, I bet Micah shares these views about Norwich, Watford, West Ham and Bournemouth and probably thinks Spurs, Chelsea, Man Utd, Sheff Utd will be battling it out for champions league spot!

In regards to Richards’ comments on Villa’s worrying defence, Dean Smith’s side are currently the only team to have conceded as many as 50 goals in the Premier League this season. As for being too reliant on Grealish, the 24-year-old currently has the most goals, assists, passes and shots out of anyone at Villa this season (per Premier League). So Richards’ comments aren’t really that ridiculous.