These West Brom fans have been discussing the latest Grady Diangana recall clause update as Slaven Bilic is ready to send an offer to West Ham.

According to an exclusive report from the Telegraph, Slaven Bilic is ready to offer West Ham a £1.5m loan fee that will keep Diangana at West Brom till the end of the season. This was later relayed to these Baggies fans via John Percy on Twitter.

These Baggies fans were obviously thrilled with the latest news and with the youngster scoring and assisting both five times in 20 Championship appearances this season, so it’s easy to see why they would be so happy.

Here are some of the comments from the West Brom fans on Twitter:

#wba are prepared to pay West Ham an extra £1.5m to guarantee Grady Diangana stays until end of season. Recall option can be triggered up to Jan 27 https://t.co/Oc8wFl3QFX via @telefootball

This is the ambition we wana see. But this means that West Ham are really considering bringing him back then

Worth every penny imo

Will Grady Diangana remain a West Brom player after January? 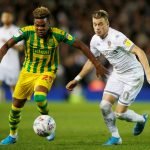 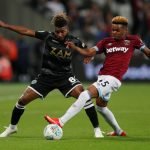 These West Brom fans are clearly excited by the news, but nothing is certain yet as even if Bilic tables an offer it still needs West Ham’s approval.

Hopefully West Ham take it, we need him.

Diangana is clearly an important player for West Brom, with the number of goals and assists the 21-year-old has scored, it’s scary to imagine the Baggies without him. The young Englishman also has an average WhoScored rating of 7.19/10 in the Championship, which shows that on his day he could be a real threat for Bilic’s side and potentially play an integral role in helping them to win promotion back to the Premier League.