These West Brom fans were excited by the latest rumours linking Mislav Orsic with a move to the Hawthorns.

According to a report by Sportske: “According to very reliable sources in England, Slaven Bilic wants to bring Dinamo national team player Mislav Orsic!” This was later relayed to these West Brom fans via Joseph Masi on Twitter.

Mislav Orsic has had a very interesting career so far, playing in Croatia, Italy, Slovenia, South Korea and China. The 27-year-old is currently playing for Dinamo Zagreb and has also played for his national side Croatia.

Here’s what the West Brom fans had to say about the Orsic transfer rumours on Twitter:

Reports in Croatia linking Albion with a move for Dinamo Zagreb winger Mislav Orši?. I'm hearing he is a player Bilic likes. What I know for certain is, as it stands today, a bid has not yet been made. #wba

Would be an awesome signing, a player in his prime that’s played Champions League football this season and only for a reported £10m fee, yes please

Orsic would be great

Would you like to see Mislav Orsic join West Brom? 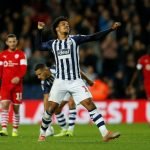 When looking at all the goals Orsic has already scored this season, it’s no wonder these West Brom fans are thrilled to be linked with the 27-year-old.

Orsic and Gayle as potential incomings, you love to see it

If Slav likes him go and get

It’s clear that with four goals in the UEFA Champions League, Mislav Orsic is definitely good enough to play at Championship level. If the deal was a permanent one, the 27-year-old could also be very handy in the Premier League, should West Brom gain promotion of course.