Some West Bromwich Albion fans have made it clear that they will be very delighted with the possible signing of Chelsea youngster Conor Gallagher in the ongoing January transfer window.

Reports from the Daily Mail yesterday have said that the Baggies and fellow Championship side Swansea City want to sign Gallagher on a loan deal in January, with the player currently on loan at Charlton.

The report also states that Burnley also want Gallagher, with his loan deal at Charlton set to be cut-short this month.

West Brom fans: Do you want Gallagher at the Hawthorns? 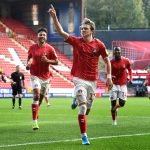 We're better off without him 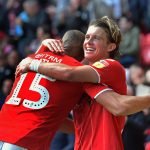 And some Baggies fans have expressed their delight in the chase for Gallagher and will be happy with his signing after West Brom News relayed the news on Twitter.

Would be a brilliant acquisition for our midfield! Been very good for CA & a standout every time I’ve seen him including@ the Hawthorns! Also like the onloan player @ Reading from Liverpool outstanding

Exactly what we need lots and lots of energy – box-to-box – was very impressive against us for Charlton.

That would be a class signing

Impressed me when he played in 2-2 draw

Gallagher is currently 19 and has been a regular for the Charlton Athletic first-team already. He is a defensive midfielder by trade, but can play further forward and can also play on the right side of the midfield.

This season, he has played 25 times in the Championship for Charlton. During this time, he has scored six times, while racking up a tally of three assists. Bar two games, the Englishman has started in every single game for the side.

Last season, he was at Chelsea and was playing for the Blues’ Under-23s side. He played 28 times in all competitions, scoring five times and assisting seven times. He was on the bench for the Chelsea senior side in their 4-1 win over Arsenal in the final of the UEFA Europa League at the end of last season.

He was a regular for the club in their march to the final of the UEFA Youth League when they lost to Porto in the final.

Gallagher’s numbers show that he has immense quality and he could well be too good for someone who is 19. The Baggies are looking for depth in the midfield and Gallagher could well prove to be more than just a number in that midfield. And if given the chance, West Brom need to sign him.