Nathan Ferguson’s move to Crystal Palace takes a surprising blow as the West Brom youngster has highlighted fitness issues in his medical in London.

According to Dominic Fifield (31st January, 10:00 am via The Athletic’s live deadline day transfer feed), Crystal Palace has some fitness concerns over West Brom’s Nathan Ferguson, but Fifield has also stated that the London side are contemplating whether to push forward with the deal regardless due to the 19-year-old’s clear potential.

Express and Star has stated that the deal could be worth up to £10m should Ferguson join the Eagles, which is a huge sum of money for a Championship side to receive for a 19-year-old.

So far this season, Ferguson has played 21-matches for Slaven Bilic’s side, scoring and assisting both once from the centre-back position.

Letting go of a talented young player could be seen as the Baggies being short-sighted, however, if the fee really does reach anywhere near £10m, that’s so much money for a Championship side to work with.

Could the Ferguson sale boost the chances of Orsic joining? 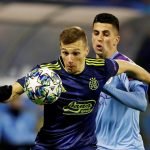 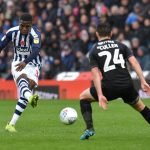 With the Orsic deal somewhat failing apart, getting around £10m for Ferguson could massively boost the Baggies chances for re-negotiating a deal with Zagreb, as all they wanted was an extra €1m (£841,000) in add-ons, which West Brom would easily have after the sale of the 19-year-old.