Some Sheffield Wednesday fans have been poking fun at the club’s latest update about Massimo Luongo’s red card being rescinded ahead of the game against QPR.

Luongo was sent off for the Owls in their recent 5-0 loss against Championship side Blackburn Rovers this past weekend. Lewis Holtby had got a brace and while Luongo was sent off and was supposed to serve a three-match ban, it has now been confirmed that the ban has now been rescinded and he will be available for selection in the FA Cup game on Friday.

SWFC fans: Should the referee be demoted?

Demote him right away 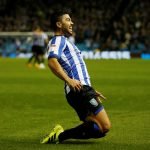 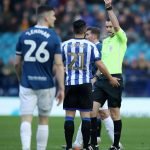 The Owls’ Twitter handle posted a confirmation of the news and many fans have poked fun at the announcement.

Massimo Luongo has had his red card rescinded and is available for selection on Friday at QPR #swfc pic.twitter.com/PwVH5musbJ

Ref should be banned for 3 games

Disgusting that it was given. Probably had a huge impact on the game

Should pass the ban onto the referee instead!!!

What happens to the referee? Or the Blackburn player for his theatrics?

that ref should be demoted

Too little too late. Shouldn’t have gone in the first place.

Should pass the ban on to the Ref now

The 27-year-old Luongo has made a total of 18 appearances in all competitions for the Owls this season. He has racked up a tally of two goals while being a regular in midfield for Garry Monk’s men.

A former QPR player himself, the Australian was a regular for the London-based side last season too. He had made 43 appearances in all competitions for them last season, scoring three goals and picking up four assists as well.

Wednesday had signed Luongo from QPR this past summer for an undisclosed fee, having made one senior appearance for Tottenham Hotspur in the past.

It is brilliant news that Luongo will be available against his former club. His regular presence in midfield will help them, considering he had a WhoScored rating of 6.58 in the Championship this season.