According to The Athletic, Leeds United secured Jean-Kevin Augustin on loan despite ‘last-minute pleas’ coming from Ole Gunnar Solskjaer and Manchester United during the recruitment process. This was later shared on Twitter via Phil Hay.

Augustin is yet to be capped by the French senior national side, despite playing for their U21s. However, if Marcelo Bielsa’s side can gain promotion to the Premier League this season and the Frenchman decides to stay, that could quickly change for the 22-year-old.

“They were calling but he didn’t seem interested. His mind was made up.”

Sol Bamba is a friend of Jean-Kevin Augustin’s and has the same agent. He was in touch with them both on Sunday as Man Utd were trying to nick Augustin from under Leeds Utd’s nose:https://t.co/YNyfkgGY1C

Picking Leeds over that lot, he’s a hero already #lufc

Wouldn’t you think a top club like Manchester United would have a decent scouting system, without having to rely on us. Still buzzing from last night ?. #mot.

#lufc basically Man UTD”s recruitment policy is if Leeds are interested we’ll have a pop ie. Daniel James what a joke club

Hopefully he recognises the hero he could become at LUFC rather than chasing the money in the Premier League. Im not deluded enough to expect 15 years of loyalty but Leeds could springboard the lads career.

Augustin played 67 matches for RB Leipzig, scoring 20 goals and getting an impressive eight assists from the forward positions (Transfermarkt).

And I’ll bet you’re bottom dollar that’s exactly what happened when the Daniel James transfer was stopped at the last minute….. ?… well done the Leeds board you played a blinder this time ??

Will Augustin stay with Leeds United? 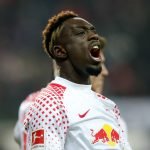 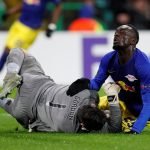 It’ll be interesting to see how well Augustin can settle in at Leeds, with the Championship arguably being the lowest level of club football he’s played, which would leave you expecting the 22-year-old to run riot in England’s second division.