A lot of Leeds United fans have reacted to an image of Pierre-Michel Lasogga and have decided that they want him back.

Would Lasogga be a good signing for Leeds?

Yes, they need a striker as quickly as possible 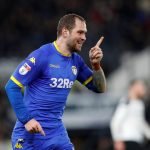 No, he was a flop 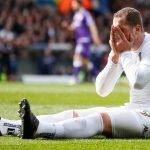 The picture released of Lasogga shows that he has lost some weight from the time he was with the Whites, and these Leeds fans want him back.

Tell you what, he’s lost some weight

Get him signed #lufc pic.twitter.com/qaHJe5Z58H

I’ve always maintained that there’s a hell of a player in there somewhere. The guy bagged 19 in 31 the season after he was with us and he was still overweight then! Imagine him fully fit, under Bielsa playing 46 games with the amount of chances we create…

Still scores goals and even after no support by Leeds wingers he scored 10 in 30, then went back to Hamburg and scored 26 and now scored 3 in 5 games this year already.

If only he actually looked after himself more often , definitely a player in there somewhere

He was decent. Of all the problems we had that season, he wasn’t one.

Goal machine that lad, I’d have him back

Leeds are desperate for a striker and looking at Lasogga’s goal record since he left Elland Road, they could actually do a lot worse than bringing in the 28-year-old.

Lasogga was criticised during his time with Leeds for his fitness, but a one in three goal record during a poor season for Leeds was not actually that bad, and maybe they should look to bring Lasogga back to Elland Road.

The Whites will continue their search for a striker with just over two weeks of the transfer window to go, and though Lasogga is not a target, they must bring someone in to support Marcelo Bielsa’s squad.