A lot of Leeds United fans are heaping praise on Illan Meslier after an assured debut from the young goalkeeper against Arsenal in the FA Cup.

The 19-year-old was finally handed his first-team debut, and he impressed with his solid distribution of the ball and quick reflexes that saw him make four saves.

Who should start in goal for Leeds on Saturday? 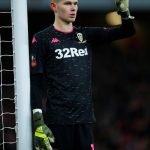 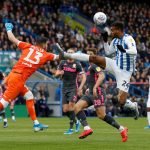 He could do nothing about the Gunners’ winner as Reiss Nelson scuffed in a shot from six yards with Meslier on the floor. (2:40)

However, despite this, he impressed many Leeds fans.

? "It was unbelievable" @MeslierIllan discusses his debut against Arsenal, playing against former teammates, and thanks #LUFC fans for their messages

He impressed me with his Distribution it was incredible.

Fantastic debut Illan, you looked like you have been playing in the first team all season. ALAW!

What a game he had, the delivery of the ball to players was outstanding rather than just booting the ball up pitch for a 50/50 chance

Incredible how he pin pointed players out.. Top draw Meslier ?

Going to be a top keeper.. for Leeds ?

Meslier is the goalkeeper we need. Kiko thanks for everything. From Rosario’s birthplace of Marcelo Bielsa. To death with leeds.

He was unbelievable too! Sign him up, starts Saturday for me

Meslier, who is valued at £4.5m by Transfermarkt, is on a season-long loan from Lorient and the Whites have an option to buy the 19-year-old for £5m.

On this evidence, they would be stupid not to sign him as the young Frenchman displayed a stunning range of passing that allowed Leeds to stay on the front foot.

Meslier played one pass in particular to Jack Harrison that was outstanding.

Of course, as a goalkeeper, his main aim is to keep the ball out of the net, and he made four saves to deny Arsenal any more goals.

Leeds might be without Kiko Casilla soon, and Meslier looks like he can be the perfect replacement.