A lot of Leeds United fans have responded to Phil Hay’s transfer update on Andre Gray.

The Athletic reporter has claimed that there has been contact and that Watford are more willing to potentially send him to Elland Road after initially saying no. 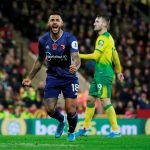 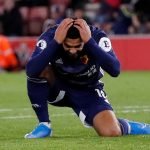 However, many Leeds fans do not want Gray at their club.

there’s been contact there. Watford said no initially but there’s more willingness to deal there now.

So is anything actually happening with it Phil? Think he’d be a good signing he was really good last time he played in this league

Gray over Adam’s any day for me. But we need more than just him though

What a signing that would be

Cheers Phil. Does this mean the Adams deal is a goner then.

We need to get it done

Gray had one season in the Championship with Burnley, where he scored 23 goals, so he has the pedigree at Championship level.

The problem is that since Gray moved to Vicarage Road, he has only scored 16 goals and is on massive wages, so there is an element of risk and his salary could cause issues.

The Whites desperately need a striker, and Gray has the physical attributes to fit into Marcelo Bielsa’s team.

However, can the Whites afford to bring the former Burnley man to Elland Road this month?