A lot of Leeds United fans are heaping praise on Stuart Dallas after he scored two in two for the Whites to first salvage a draw with Preston North End and then contribute to one of the maddest games of 2019 with a goal in the 5-4 win over Birmingham City.

Dallas has played 24 times for Leeds this season and has emerged as a real favourite of Marcelo Bielsa’s because of his versatility and work rate.

Is Dallas one of the most improved Leeds players?

Yes, Bielsa has transformed him 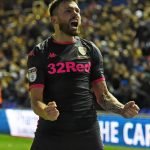 No, he has got better but others have made more improvement 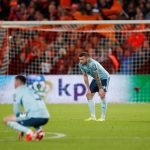 The 28-year-old is also now rated highly by many Leeds fans who have been impressed with Dallas this season.

? 2 in 2 for the Cookstown Cafu pic.twitter.com/WmesY9kirY

Stuart has been the unsung hero this season and for me is pushing to be player of the season. He’s played in numerous positions and never let us down, he just quietly gets the job done. A terrific team player!??

Most consistent performer alongside big bad Ben by a long way

It’s a finish that! He loves it

The Northern Irish international, who is valued at £1.8m by Transfermarkt, has played at left-back, right-back, and in the centre of midfield this season, and in the last two games, he has scored two important goals for the Whites.

Dallas, known as the Cookstown Cafu, is a player who has come on leaps and bounds under Bielsa, and he is now a fan favourite at Elland Road.