Some Celtic fans have reacted to the club’s links with Stoke City striker Tyrese Campbell in the ongoing January transfer window.

Sky Sports in Scotland have recently linked Celtic with a move for the young striker, with fierce rivals Rangers also in the race for the English forward. The 20-year-old is out of contract at the end of the season and is currently free to talk to other clubs about a free transfer.

Scottish clubs can sign the player for a compensation fee of about £400,000 this month because of age, the same report says.

Celtic fans: Would Campbell be a good signing?

Not a bad signing at all 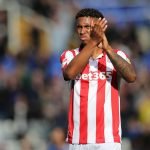 Nope, he won't play at all

And a Hoops Twitter page called CelticGossip relayed the news and some Celtic fans made their opinions known about the update.

A couple of supporters even stated that they prefer him to Scott Hogan, who has already been linked with a move to Parkhead this month (as per TEAMtalk).

Hes young and playing for the worst team in the championship, I wouldnt sign him but if we do he could be decent.

I’d rather this than Scott Hogan loan

Wouldnt be a bad signing, young and looks as if he knows where the goal is..

Wouldn’t get near our first team. Next

If he has any sense he would sign for Celtic… if an offer has been made? If he makes it with us he will make it anywhere…. Look @MDembele_10 and @Oedouard22 going on to big money moves after they do it for the Celtic

So far this season, Odsonne Edouard has been the club’s first-choice striker. He has made 31 appearances in all competitions for the club, scoring 16 times in the campaign and racking up 15 assists.

As for Campbell, the 20-year-old has made 20 appearances in all competitions for the Stoke first-team. He has scored four goals- all of them coming in the Championship. He also has two assists to his name.

He has also played two times for the Stoke Under-23s side in the Premier League 2. And he has scored as many as four goals for them, playing once in the FA Cup for the senior side.

The Hoops are close to sealing the signature of Polish striker Patryk Klimala this very month, meaning that chase of another striker has to come if only another leaves. As much as Campbell would present a big bargain and there will be potential for a future profit, it would be difficult to see him play enough to develop.