Some Celtic fans have made it clear that they are against the idea of the club possibly bringing back Victor Wanyama to Parkhead in the ongoing January transfer window.

The Kenyan midfielder has drawn links with a move to Celtic in the past, with reports having previously stated that Neil Lennon could look to bring him back on loan this month. The same report stated that Lennon did try to sign Wanyama this past summer, but the interest never came to fruition.

He can do a job 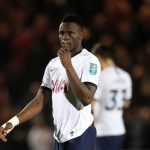 The guy is finished 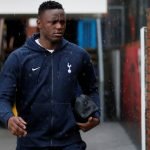 With the January transfer window now open, many Hoops fans have been discussing about the possibility of bringing Wanyama back. When CelticBible posted an image of the midfielder during his time at Parkhead, the fans made their opinions known about it.

Wanyama doesn’t get a game at Spurs and there struggling in the midfield area !!! That tells me Wanyama isn’t good for Celtic nowadays …

He won’t get that jersey

Wanyama hasn’t played a full game for his knows how long so if wee got him on loan now many games would he be able to play ,is rather get this boy soro in on a permanent deal ,he looks the part

Wanyama was at Celtic from 2011 to 2013 and during that time, the midfielder made 91 appearances in all competitions for the club. He also got 13 goals and a total of nine assists for them. He left the club in the summer of 2013 to join Southampton.

In the summer of 2016, Wanyama joined former boss Mauricio Pochettino at Premier League giants Tottenham for a fee of £11million. His first season was the best one of his Spurs career, as Wanyama made 47 appearances in all competitions for the club and helped them finish second in the Premier League that season.

Since then, Wanyama has suffered three knee injuries and that has forced him to miss 47 games. This season, Wanyama has fallen out of favour at Spurs. He has made only four appearances in all competitions and his only start came in the League Cup loss to Colchester United.

The Hoops have been linked with a move for Ismaila Soro in recent days. He too is a defensive midfielder like Wanyama is. He is a much younger option and hasn’t been troubled by injuries like Wanyama is. More than that, the former Hoops hero will demand for higher wages and that won’t make many happy at Parkhead.