Aston Villa striker Scott Hogan has been backed for a move to Celtic in the ongoing January transfer window by former striker Noel Whelan.

The striker has been linked with a move to Parkhead over the last few days, with the report stating the Hoops have emerged as an option for the out of favour striker. Hogan is currently on loan at Championship side Stoke City, who are reportedly willing to let the striker leave this month and Villa appear willing to let him depart Villa Park permanently this January.

Recently, former England Under-21 international Noel Whelan was talking exclusively to FootballInsider247 and he backed Hogan for a Parkhead switch.

He said: “Yeah absolutely. There’s been a number of names linked to Celtic, they obviously need a bit more firepower, as once their main striker isn’t available…they struggle.

Celtic fans: Do you want Hogan at Parkhead? 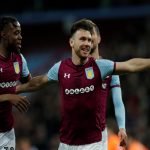 Can add depth to the side 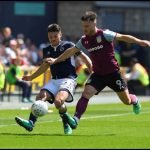 “He’s got experienced, an eye for goal, it’s not worked out for him at Villa or at Stoke City but it doesn’t mean a player like that can’t make it work at a strong dominate side in Scotland because it’s a different league altogether.”

Hogan hasn’t had the best of spells at Stoke this season. He has made 16 appearances in all competitions for the club, scoring twice and assisting once.

Last season, Hogan spent the first half of the season at Villa but was then loaned out to Sheffield United in the second half of the campaign. He made only six first-team appearances for Villa and then made eight appearances for the Blades, scoring two goals.

During his time at Brentford, Hogan did very well for the Bees. He made 36 appearances for the club, scoring 21 goals and getting one assist.

The Hoops seem to be very close to securing the signing of young Polish striker Patryk Klimala this month, as the 21-year-old has already flown in for his medical at Parkhead. If the Hoops do sign him, that will leave their striking options very much stacked and there will be no space for someone like Hogan unless another forward was to depart the Glaswegians.