A lot of Celtic fans have responded to New York City FC, appointing Ronny Deila as their new manager ahead of the upcoming MLS season.

Deila was in charge of the Bhoys for two years and won the SPFL twice as well as the League Cup before Brendan Rodgers replaced him.

Was Deila a good manager for Celtic? 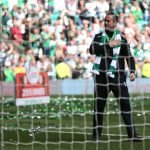 No, he was poor in Europe 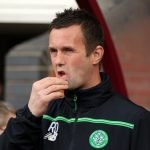 The 44-year-old Norwegian will be re-united with Gary Mackay-Steven, who he signed for Celtic while he was at the club.

A lot of Celtic fans wish Deila all the best in his new job.

Best of luck to Ronny, I liked him at Celtic. If he’s got enough time, I’m sure he’ll build a good team.

Congratulations on winning the Soccer Ball League Trophy for the next decade!

Deila was overall, a successful manager for the Bhoys as he won the league twice, but he struggled in the cup competitions and in also in Europe.

Celtic under Deila failed to reach the Champions League group stage and then in his final season with the club finished rock bottom of their Europa League pool.

The Norwegian announced in April 2016 that he would be leaving Celtic, and he returned home to Norway to take over Vålerenga where he has remained until New York City FC announced that Deila would be their new head coach.

It remains to be seen how he does, but many Celtic fans are hoping Deila does well.