Fulham are said to be interested in signing Aston Villa’s Jota before the transfer window closes this coming Friday – that’s according to the Daily Mail. The player joined Dean Smith’s side from their local rivals Birmingham City last summer but could be on the move again already.

The Spaniard has made just eight league appearances this season and has only started in 17% of the club’s Premier League games so far. The report claims that Scott Parker is a fan of the 28-year-old and that the former Brentford man has been a transfer target for the club in the past.

Would you like to see Jota arrive this month? 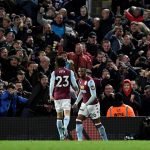 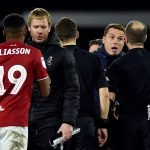 Aston Villa are said to want rid of the forward in order to free up some funds for wages as they look to strengthen in order to try and secure safety this season.

TIF Tactics – Could Fulham be tempted into some late business?

Fulham are currently in fourth, four points off of West Bromwich Albion in the automatic promotion position and may see Jota as somebody who can add another dimension to their attack. However, with it being so late in the day striking a deal before the window closes could prove difficult.

The Cottagers are currently short of attacking options with Aleksandar Mitrovic, Aboubakar Kamara, Neeskens Kebano and Anthony Knockaert all sidelined – therefore if the right player became available, you could be forgiven for thinking they could be tempted into reaching for the cheque book.

Parker’s side take on Huddersfield Town this weekend and after a disappointing draw at Charlton last time out, they’ll be looking to get back to winning ways.