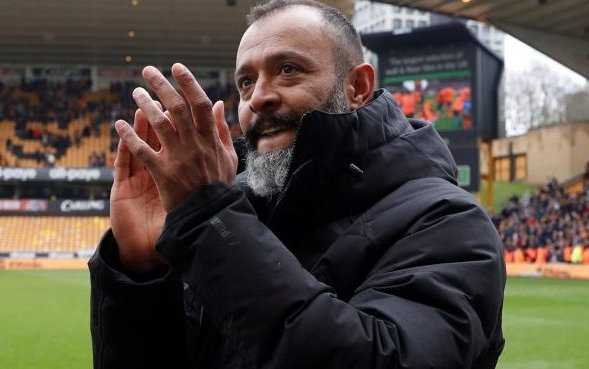 Wolverhampton Wanderers supporters have reacted to the news that the Old Gold are in talks to sign Leonardo Campana from Barcelona SC Guayaquil.

According to Anton Toloui, Nuno Espirito Santo’s outfit is in talks to sign the Ecuadorian striker, who has a Spanish passport and will join up with the Under-23s, which had a couple of fans delighted.

#WWFC are in talks to sign striker Leonardo Campana from Barcelona SC.
The 19-y/o starred at last year’s u20 South American Championship, top scoring with six goals.
Campana doesn’t need a work permit as he holds a Spanish passport and will go into Wolves’ U23 side.

Yet another high quality young un, investing in youth again. Let’s hope the budget is big enough for an attacking midfielder for the 1st team

We don’t want to fall foul of FFP, if we sign this lad for £2m and he becomes a world class player it saves us from shelling out £50m for a readymade player in the future. And if he becomes good we can sell at a massive profit or he could be another Rafa Mir

The £1.8-million rated teenager has featured in 21 games for his Ecuadorian side so far this term, in which he has bagged four goals and three assists (per Transfermarkt).

However, some other supporters were not happy to see the club in the market for Under-23 players when the first team is in need of reinforcements.

Are we actually gonna focus on the main squad or not

What are we doing buying 19 year olds for a reserve team?

Is this the old Chelsea approach?

While it is true that the first team is in need of reinforcements as many fans suggested, it is never a bad thing to look to the future with transfers as the potential return could be stellar should he make it big.