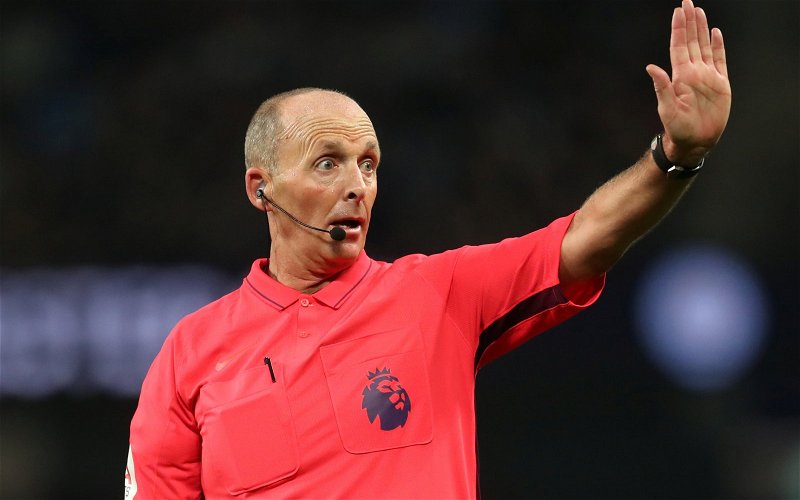 Spurs fans were furious to learn that Mike Dean will take charge of their game against Manchester City on Sunday.

The Spurs Web relayed the news to fans on Twitter and it is safe to say they were not impressed, with many writing off any chances of a win for Jose Mourinho’s side. The 51-year-old referee has taken charge of two Spurs games so far this season, both of which have resulted in disappointing losses to Newcastle and Southampton respectively.

Spurs face Manchester City at the Tottenham Hotspur Stadium on Sunday hoping to pick up three points as they continue a push for the top-four spots, whilst Pep Guardiola’s side is in need of a win if they are to have any chance of catching runaway leaders Liverpool.

Reaction from Spurs fans to the news of Mike Dean’s appointment can be seen in the tweets below.

The hits keep on coming

Were done for then

Almost no point in playing.

Lost the game before kick off

Already lost the game then

These Spurs fans are clearly not happy with the refereeing appointment, with many writing off any chances of a win already.

Manchester City are in strong form and Spurs will have to be at their best if they are going to take anything from the game, so will need to avoid any controversial decisions from the referee if they can help it.