Spurs fans were thrilled to hear that the club are reportedly close to their second loan signing of the transfer window, with Ze Luis expected to join on loan from FC Porto.

According to Portuguese news outlet SIC Noticias (via Daily Hotspur), the 28-year-old is very close to joining Spurs on loan. The Cape Verde striker has seven goals in just eight starts for the Liga NOS side so far this season and his lack of game time could lead to a move to the Premier League this month.

Spurs have already brought in one talent on loan from the Portuguese league, with the signing of Gedson Fernandes confirmed on Wednesday morning but these reports suggest that Mourinho may well make it a quickfire double, as he looks to find a replacement for the injured Harry Kane.

The Porto striker is currently valued at £9 million by Transfermarkt, so if he does join Spurs on loan and impresses, then it would not be too expensive for the North London club to bring him in on a permanent deal.

Would Ze Luis be a good signing for Spurs? 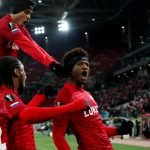 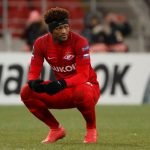 Reaction from Spurs fans to the reported interest in Ze Luis can be seen in the tweets below.

One fan even suggested he’s better than Krzysztof Piatek, who has been linked with a move to Spurs.

He is better than Piatek TBH…

Absolutely no pressure on the bloke. Didn’t even have time for a proper YouTube highlights session with this beast.

One fan even suggested that he’s a more athletic Romelu Lukaku. It’s safe to say that Spurs fans will be hoping that he’s as good as the Belgian has been in front of goal recently, having scored 18 goals in 25 games so far this season. Indeed, the claim could also be in relation to the fact that the former Manchester United man has been criticised for his body shape in the past, something he hit out at as soon as he could (Independent).

Looks like a more athletic Lukaku. Loan with option to be is win win

Levy loves the option to buy

These Spurs fans are clearly intrigued by the possible signing of Ze Luis and are hoping that the club can bring him to North London this month.

Ze Luis has scored a fair few goals wherever he has been but he has never really settled at any club, with Spartak Moscow the only club he has played more than 100 games for. If Mourinho can make him feel at home in North London, then hopefully the goals will follow.