Some Southampton fans have been left to laugh and joke by an image of Wesley Hoedt that was recently posted on social media.

Hoedt is currently on loan at Belgian club Royal Antwerp and was recently involved in the club’s Belgian league clash against Cercle Brugge. But just seven minutes into the game, Hoedt was sent off in the seventh minute and saw a straight red card. His team went onto win the game 2-1, despite that.

Southampton fans: Do you want Hoedt back?

He's useless, he can leave 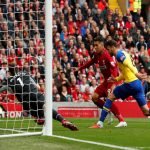 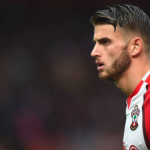 A photo from the game went viral and a Saints-related page called Southampton Page posted it. This left many Southampton fans to laugh and poke fun at the Dutchman’s performance.

Wesley Hoedt received a straight red card after just eight minutes as Royal Antwerp battled back for a 2-1 win over bottom of the table Cercle Brugge. ? #SaintsFC #LoanWatch pic.twitter.com/KfdzIhzGsv

In front of all of those people as well

They were probably a more balanced outfit without him!!!

He looks fat right there

He ate his salary.

Is that the Wesley Hoedt fan club in the stand? #saintsfc

The Saints had signed Hoedt from Italian giants Lazio in the summer of 2017 for a fee of £15 million. Before coming to England, Hoedt had made 61 appearances in all competitions for the Biancocelesti and got one goal.

For Celta, Hoedt had made ten appearances in La Liga. All of the ten were starts at centre-back. For Antwerp this season, he has made 20 appearances in all competitions. He has helped the club keep four clean sheets this season.

Southampton already have five options in the centre-back position. Jan Bednarek, Jannik Vestergaard, Maya Yoshida, Kevin Danso and Jack Stephens add depth to that position. Hoedt will have no spot to play in, if he comes back. His time at Southampton could already be over.