The report goes onto state that the Saints have won the race to sign the Englishman, beating Crystal Palace in the process for him. The St. Mary’s outfit feel that they have stolen the march for Walker-Peters and are now in pole position to secure his signature this month on a short-term loan deal.

Is Walker-Peters better than Cedric? 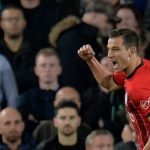 Walker-Peters is an upgrade! 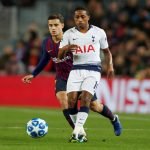 Falling out of favour at Spurs

Walker-Peters is 22 and is out of favour at the North London club this season having made only five appearances in all competitions, with only three of them coming in the Premier League. He had started all of the club’s first three Premier League games but is yet to make a single appearance since.

His last start for the club came in their 3-1 loss to Bayern Munich in the UEFA Champions League at the Allianz Arena.

Last season, the right-back made ten appearances in all competitions under Mauricio Pochettino, grabbing three assists for them. All three of them came in the club’s 5-0 win over Bournemouth and he also started for them against Barcelona in the Champions League.

Walker-Peters’ Premier League debut for the club came in 2017 in Tottenham’s 2-0 win over Newcastle under Pochettino himself.

As things stand, Southampton have two options in the right-back position- Cedric Soares and Yan Valery. Cedric though has been a regular and has made 19 appearances in all competitions for them. He has played in all of the club’s last 12 games.

Because of there already being two options in that position, Southampton might not represent a good move for Walker-Peters. A move in the summer to the same club would have made more sense, considering Cedric’s deal runs out in the summer of 2020.