A lot of Newcastle United fans have reacted to Jetro Willems’ tweet with some commenting on Adama Traore and others commenting on his future at St James’ Park.

The Dutch international described someone as a “beast”, which could be Adama Traore after  facing up against the attacker for 90 minutes. 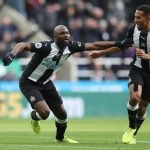 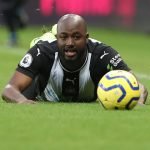 The 25-year-old defender overall coped pretty well with Traore and was only beaten by the rapid winger once. (1:15)

However, Willems believed that Traore was his toughest opponent he has faced since he played against Cristiano Ronaldo.

Here’s what Newcastle fans had to say about the defender’s post:

Well played. He has destroyed pretty much everyone this season. Never had a look in 2and half against you. Good team performance and good to see you back to form n fitness

you kept him in your pocket my dutch prince

Came through a tough test today, that man is a monster!

You can let him out your pocket now Jetro x

Other Toon supporters want to know when Willems will be signing his permanent contract.

The man on loan from Eintracht Frankfurt performed admirably against one of the world’s fastest players and Willems also played an important part in the Toon’s goal.

The 25-year-old picked up a loose pass and drove into the box before rolling the ball to Dwight Gayle, and he found Miguel Almiron, (0:15) who blasted in his second Premier League goal for the club.

Willems clearly found dealing with Traore tough, but he managed to keep the former Middlesbrough man quiet and can be happy with his display.

Of course, given how well he dealt with the Wolves attacker and given how well some fans have taken to him, perhaps signing a permanent deal will become reality if the club stump up the cash.