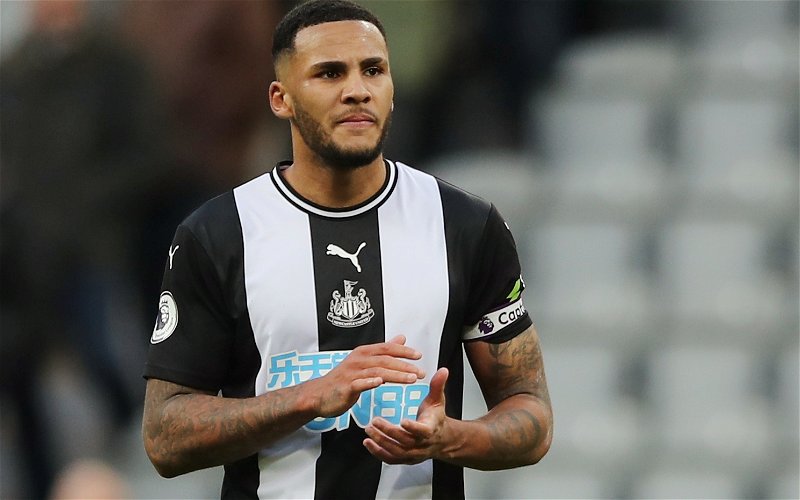 A lot of Newcastle United fans believe that they are missing Jamaal Lascelles, who is currently out with a knee injury.

The Toon captain was injured during the Magpies’ 2-1 win over Bournemouth, and since then, Newcastle have conceded 15 goals.

Yes, his leadership qualities are invaluable 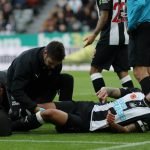 No, they have done well until recently 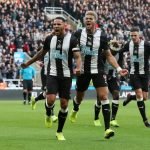 Steve Bruce confirmed in his press conference that Lascelles would be back in contention for Wolves next week, and many Toon fans believe that their defence has suffered without him in the middle of it.

Can we stop with the lascelles is the weak link in the team now? #nufc https://t.co/LSrwJL98Xk

Our best defender, always laughed when people have slated him

Anyone who thought this knows nothing about football. Lascelles is the captain. Lapses in concentration we’ve seen in the past few weeks don’t happen when he’s playing (as much). He’s a miss.

Hes never been the weak link ever.

He might be a sloppy defender at times but his leadership has been sorely missed. I knew it would be.

I can’t see how anyone can call him the weakest link. The teams missing him badly, Have you seen how unorganised we look on set pieces and how apart our backline is

I been saying this months ?? we have got some deluded fans

The 26-year-old, who is valued at £16.2m by Transfermarkt, is a vocal captain and prides himself on getting the best out his teammates while also organising the backline.

Lascelles is also a goal threat with nine goals in his 149 appearances for the Toon.

However, it is not only Lascelles who Newcastle are missing as Ciaran Clark was also playing very well before he suffered an injury.

Bruce, though, could have Clark, Lascelles and Matt Ritchie, all available for the trip to the Black Country where a poor Christmas must quickly be forgotten about.