A lot of Newcastle United fans are excited about the possibility of Olivier Giroud arriving from Chelsea before the close of the transfer window.

Newcastle have already brought in Nabil Bentaleb, Valentino Lazaro, and they have also agreed a deal for Danny Rose to join the club.

Do Newcastle have a chance of signing Giroud? 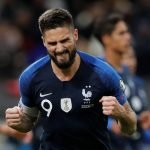 No, he will have better options 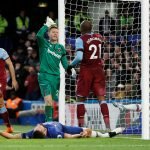 However, their attention has now turned to bringing in a striker to support Joelinton.

According to Lee Ryder of the Evening Chronicle, the Toon want to bring Giroud to Tyneside, and this has excited many Newcastle fans.

#NUFC keeping a close eye on Olivier Giroud’s situation with striker still to find a club and Steve Bruce attempting a loan deal at the start of the window. Lazio are the latest side to be credited with interest in French striker.

Knighthood requires for Steve Bruce if we sign rose and giroud!!

That would make a very good window an excellent one.

Always rated Giroud, would love this to happen ??????

How many clubs can GUARANTEE him he will start every match from now until the end of the season.. we can as we are desperate plus we have improved the service he will get around him… ??

Other Toon supporters, though, doubt that the 33-year-old would want to move to Newcastle.

????
This will def get hijacked even if we are in with a sniff!

No chance he will leave London

Giroud, who is a World Cup winner with France, was linked with a move to the Toon earlier in the window, but then it looked like he was going to move to Inter Milan only to see that fall-through.

Tottenham Hotspur were also linked with a move for the former Arsenal striker, but it is unclear if the Blues would let him join a rival.

Another club to show interest in Giroud are Lazio; however, if Giroud was offered guaranteed game time at Newcastle, then why couldn’t they sign him?

He needs to be playing regular football if he has any chance of making the French squad for Euro 2020, and a move to Tyneside could give him that opportunity.