A lot of Newcastle United fans have responded to claims from Italy that they have sent scouts to AC Milan to watch Hakan Calhanoglu (as per Tuttosport).

The 25-year-old Turkish international can play anywhere across the frontline and is best known for his stunning free-kicks.

Would Calhanoglu be a good signing for Newcastle?

Yes, he would be a good addition to the squad 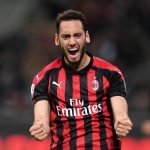 No, Newcastle need to strengthen other positions 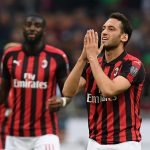 However, the fact the Toon are only just scouting him has annoyed many Newcastle fans.

#NUFC sent an official to Italy to watch Hakan Çalhano?lu play for Milan. United are looking to finalise their targets for January, & are looking at options for the summer market too.
Çalhano?lu is a 25 year old attacking midfielder who plays mainly on the left side. [TuttoSport] pic.twitter.com/TFJmKqB2mg

It always makes me curious that we have sent scouts in Jan to watch a player….what have they been doing between Sept 1st and Dec 31st. A well organised club would surely have scouting done and discussions held ready for 1st Jan

We are the only club that hasn’t finalised their targets. Why? Because we don’t and won’t sign anyone other than some cheap deal thrown our way towards the end and they’ll say we tried. Relegation battle here we come

We are looking at players now. Clubs are signing players they’ve looked at for the last 3 months. Its amateur hour agsin

Finalise their targets. It’s the 6th.

Other Newcastle fans, though, do not want Calhanoglu.

Waste of a plane ticket

Calhanoglu, who is valued at £16.2m by Transfermarkt, has struggled since he moved to Italy.

In 108 appearances he has only managed 14 goals and 24 assists. The former Hamburg man can play anywhere across the frontline, but his preferred position is on the left.

This is also where Allan Saint-Maximin, Miguel Almiron, and Christian Atsu prefer – so signing him would leave the Toon overcrowded with left-sided forwards.

Newcastle are in the market for attacking additions, but Calhanoglu is not what they need at the moment.

The Toon must sign a striker to boost a forward line that only has one Premier League goal to show for their efforts this season.