A lot of Newcastle United fans cannot believe what Steve Bruce said revealed in his latest press conference ahead of the Toon’s FA Cup replay with Rochdale.

The Newcastle boss said that he would meet with Mike Ashley to discuss transfers in the next couple of days, which was then relayed by Craig Hope on Twitter.

Should Bruce have already met Ashley to discuss transfers? 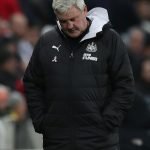 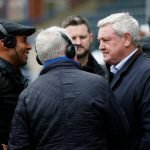 This means that by the time the owner and the manager meet each other, it will be nearly three weeks into the transfer window, leaving the Toon very little time to get any of their targets in.

This has infuriated many Toon fans who cannot believe that their club are that incompetent.

Why has this not been done already?

Imagine if they’d just done this in, oh I don’t know early December, then we may have already actually done something!! Honestly man!

Ohh sound, halfway through the month

Meeting in the middle of a transfer window to discuss POA when other clubs are way past identifying targets and put in bids. This owner is a joke and turned the club into one

Crazy we are half way through Jan and this is only just happening ????? #NUFC

Ridiculous – it’s January 13th. This should have all been sorted out pre window opening.

Newcastle have supposedly made moves for various targets with one report suggesting a deal for Ademola Lookman was close.

Still, it seems that if Bruce has not even met Ashley to discuss transfers yet, then how can the Toon be close to making a signing?

Newcastle have injury problems and suffered a further two on Saturday as both Paul Dummett and Dwight Gayle were withdrawn with hamstring injuries.

The Magpies must strengthen their squad to ensure that they are not dragged into a relegation battle, but they could find it very hard if they are waiting to do all of their business in the last week of the window.