A lot of Newcastle United fans have ripped into Christian Atsu after he came on as a substitute for Dwight Gayle in the Toon’s 1-1 draw with Wolverhampton Wanderers.

The Ghanaian international was brought on as Gayle injured his hamstring moments after he had set up Miguel Almiron for the Toon’s opener.

Is Atsu good enough for Newcastle? 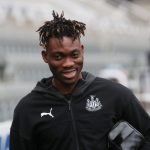 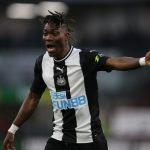 However, he did not impress these Newcastle fans who have not held back with their assessment of Atsu.

Christian atsu is absolutely awful. I’ve said it for YEARS. He’s an athlete if you took his speed away he wouldn’t be a professional footballer yet Bruce brings him on early every week! He’s struggled with the somple stuff today! #nufc

Football was finished the day Christian Atsu signed for us

Christian Atsu is a professional footballer!!!! You are having a laugh!!!! #NUFC

I’ve had enough, I’m never watching another game of football that Christian Atsu has any involvement in. I don’t care if it’s for Newcastle, or a game of 5 a side or heads and volleys in his garden, he’s an absolute sham of a footballer @NUFC

Oh Christian Atsu, oh he cannot beat his man. I’m not a fan. Not good enough, I’ve had enough. When he runs down the wing it hits the full-back’s shins…

Someone finish the rest. #NUFC #WOLNEW

We’ve had some woeful players over the years, but Christian Atsu has to be up there with one of the worst, he can’t do anything

Atsu is a disgrace

#NUFC good point considering the injury issues however we do need to get back to winning ways soon joelinton and atsu were once again a disgrace to the badge completely the opposite with dubravka and almiron saving us once again.

Strangely, despite making 18 appearances for Newcastle and of them only five have been starts – the 28-year-old has provided the most assists for the Magpies this season with four.

However, he made no impact on the game on Saturday because after Leander Dendoncker had equalised for Wolves, Newcastle dropped back and settled for a point which they achieved thanks to Martin Dubravka pulling off two world-class saves.

Atsu, who is valued at £5.4m by Transfermarkt, was forced into mainly defending, so perhaps the criticism he has received from a few Toon fans is a bit harsh.