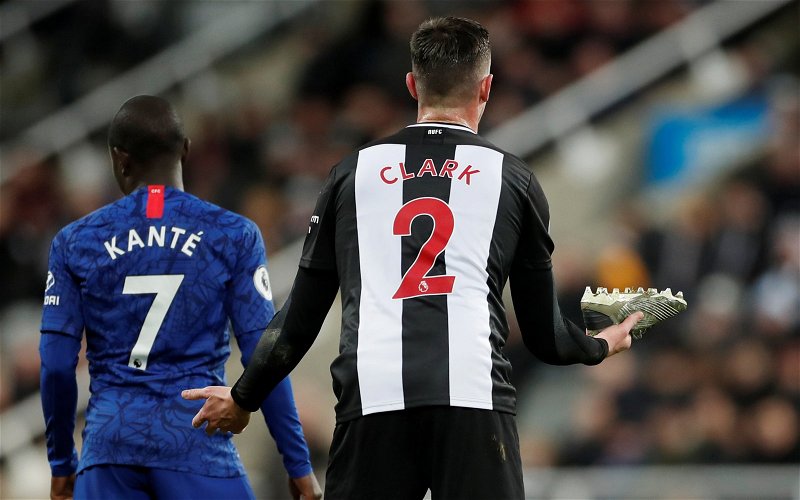 A lot of Newcastle United fans have responded to Keith Downie’s tweet about Ciaran Clark.

The Sky Sports presenter was very impressed with the Republic of Ireland international during the Toon’s 1-0 win over Chelsea.

Yes, he does not get the credit he deserves 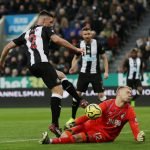 No he is bang average 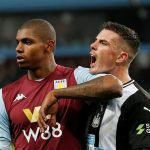 Clark played alongside Jamaal Lascelles and Federico Fernandez and was fantastic as Newcastle limited the Blues to four shots on target before they stole the game at the end, thanks to Isaac Hayden’s first goal of the season.

However, it is the performance of Clark that has received praise from many Newcastle fans.

Ciaran Clark must be one of the most underrated defenders in the Premier League. He’s hardly put a foot wrong since he came into the team, never moans, heads it, kicks it, clears it. But most of all his defensive positioning is exemplary #NUFC

I think this bloke is brilliant and would genuinely be interested to see some graphic on performances with him in the team v him not in it literally since he signed.

And he’s far better footballer than people give him credit for .. just a class all round defender

Agreed no nonsense yes elegant no but reads the game so well. Never let us down since he joined. Can’t remember a time we were so blessed at CB

He’s not flashy on the ball and can’t ping a diagonal like Schar and Lejeune, but he is a better defender than both of them.

Scored a few important goals for us during his time here as well.

He’s has never ever let us down since he came to the club. Suits the 3 at the back perfectly as he’s more mobile and can get around better than most of our other centre halves

Can’t play football to save his life but throws himself into everything and is 100% committed. Similar to Dummett but slightly better.

Villa fans laughed when we signed him and i also thought it was a bit bizarre. Turned out to be Mr reliable, never lets us down and chips in with some goals to. Top man

Agree Keith, he’s been a bargain

The 30-year-old, who is valued at £5.4m by Transfermarkt, turned in a stunning performance that earned him a 7.48 rating from WhoScored and included seven clearances, three blocks and two tackles.

Clark has now made 84 appearances for the Toon, and though he is not flashy or the best on the ball, he is a solid Premier League defender, and in his time with Newcastle, he has rarely let them down.

Under Rafael Benitez, Clark slipped down the pecking order in the second half of last season, but this year he has become a crucial part of Steve Bruce’s plans.

The Magpies have only won two games without Clark, and for a man who cost them just £5.1m in 2016, he has more than proved his worth.