Manchester City winger Ian Poveda could be on the move according to Football Insider. The report claims Leeds United is the most likely destination for the 19-year-old however it’s also claimed by the Italian outlet Tuttosport that the London-born winger could be on his way to Torino.

Regardless of where he will end up, it’s clear that Poveda’s stay in Manchester is nearing its end.

In light of the multiple reports linking the player with a move away, the fans have expressed their desire to see a buy-back clause included in any negotiations.

Is it worth including a buy-back clause in any Poveda deal? 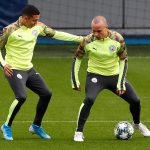 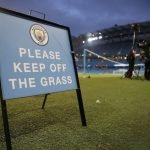 Although there are plenty of City fans who would be happy for the youngster to move on – largely because they don’t feel he has what it takes to reach the highest level.

He good for him to move on not really shown anything to suggest he’s going to be a top player yet he just looks a “nice” footballer. All the best to him

As long as we get some decent amount of cash for him I’m happy, just another pozo or Celina.

Poveda has made six appearances in the Premier League 2 this season but he’s yet to feature for the first-team. When growing up at a club like City, there are advantages and disadvantages. On the one hand, a young player is given the opportunity to work under some amazing coaches and enjoy the club’s excellent facilities but on the flip side, it’s extremely difficult to break into the first-team given the talent at the club.

Pep Guardiola and his staff clearly don’t view Poveda as somebody who has what it takes to have an impact at the Etihad in years to come, therefore, moving him on is the right thing for both the club and the player.