Manchester City have no plans to sign a central defender in the January transfer window, that’s according to the Manchester Evening News’ writer Stuart Brennan. The report also confirms that the club have no intention of allowing John Stones to join up with former coach Mikel Arteta at Arsenal.

The news that Pep Guardiola is not actively looking to bolster his central-defensive options this month has come as a disappointment to some supporters who feel the club are in desperate need of a defender to eventually partner the returning Aymeric Laporte.

Can City cope the rest of the season without signing a world-class central defender? 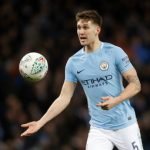 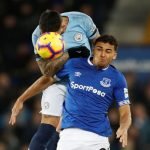 Manchester City have NO plans to win anything this season

Bet we have plans to sign another right-back though…

What’s new here,pep been saying this forever but nobody believes him. The man has total control of this team.

So the club has no ambition to win the ucl then? Liverpool brought vvd and then they directly reached the final and made a step further by winning it the following year

Pep Guardiola has been clear of his intentions to stick with the players he already has since Aymeric Laporte underwent surgery back in September and was ruled out for the best part of five months.

There is talk of a huge rebuild taking place at City this summer with the Metro recently reporting the club are looking to sign up to five players in the close season. As a result, it seems any significant business this month would be unlikely.