These Liverpool fans were slating Andrew Robertson after the fans felt he was under par against Wolves.

Despite the Reds successfully managing to navigate their way past Wolves, these Anfield fans feel that Robertson was letting the side down.

The Scotland international finished the match with a WhoScored rating of 6.5/10, and also picked up a yellow card which was his first in the league this season (WhoScored).

Robbo needs to wake up man

Robertson is having a nightmare

Was Robertson the worst player against Wolves? 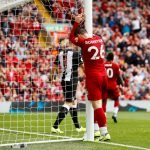 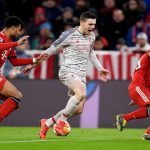 The performance against Wolves was way below par from Robertson, with the Scotsman averaging a Premier League WhoScored rating of 7.13/10.

Robbo … need to step up

Flop of the match , Robertson #LFC

Everyone is allowed an off day, but in a tough game against Wolves, the fans are more likely to pick up on it. Robertson won’t be pleased with his performance, so expect the Scottish international to bounce back next time out.