These Liverpool fans have been discussing if Pep Lijnders could one day become Jurgen Klopp’s replacement.

Anfield Watch asked Liverpool fans if they could see Lijnders taking over from Klopp when the manager eventually leaves. This would seem like a pretty safe bet, considering Lijnders will likely be learning from the German manager right now.

Many Liverpool fans believe Lijnders would be a suitable replacement for the German, with the eyes firmly on him.

Could we see Pep Lijnders potentially replace Jurgen Klopp in the future? ? pic.twitter.com/5PtyI80G2X

Yes, he’ll b an awesome fit

YES i would love it

Would you like to see Pep Lijnders take over from Klopp? 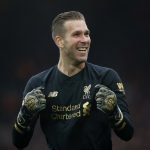 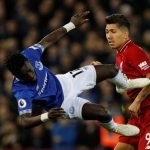 Lijnders is currently the assistant manager at Liverpool but did become the first team manager at NEC Nijmegen on 2nd January 2018, however, he only lasted 22 matches in charge.

I hope so, he knows everything so he can sort of keep klopps work going when klopp does eventually leave

He’s the next in line

He should be one of the option, besides Gerrard

With Liverpool 14 points clear of their rivals at the top of the Premier League table, we don’t think any Reds fan is going to want to see Klopp leave any time soon. However, there will come a day when the German decides to call time at Anfield, so lining up a replacement early shouldn’t be seen as a bad thing.