Liverpool fans have been destroying the Reds’ defence after footage emerged on Twitter of the the mistake that led to Shrewsbury Town’s equalising goal.

This comes after Liverpool fan Twitter account @AnfieldWatch shared a post on their official page that included a video originally shared by @EmiratesFACup of Jason Cummings’ second goal of the 2-2 draw and the error from Lovren that led to it.

Is Dejan Lovren to blame for Shrewsbury's second goal? 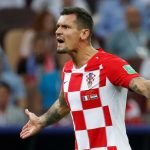 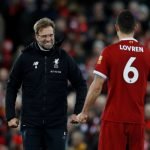 This post then gathered a lot of replies from Liverpool fans who were quick to slam their defence.

Here’s what these Liverpool fans had to say:

If you have Lovren,what do you expect ?. We all know he just recovered from an injury but this should be basic defending from a WC finalist

Matip and Lovren its a recipe for disaster

It is shambolic but you need to consider this back four have never played together and you can see it.

Missed header. Then the missed tackle. No commitment to either attempt to win the ball.

This piece of poor-defending from Lovren just goes to show how little mistakes like that can have big consequences. Now that the match finished a draw, it means Jurgen Klopp’s team will need to play the League One side again to decide which team will make it to the next round of the competition.