Leicester City: Fans wish Andy King well as he heads out on loan

Leicester City midfielder Andy King has joined Huddersfield Town on loan for the remainder of the season.

The 31-year-old was on loan at Rangers for the first half of the season but having made just two appearances under Steven Gerrard (as per BBC Sport), he’s now made the move to the John Smith’s stadium.

Appreciative of his services to Leicester City throughout his time at the King Power Stadium, these fans took to social media to wish him well for the future after the club posted news of his departure on Twitter.

Will Andy King ever play for the Foxes again? 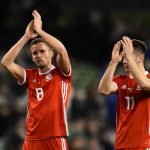 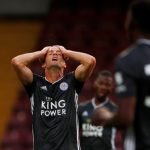 I have always loved him at LEICESTER CITY FOOTBALL CLUB and he is a player who I look up to ??

All the best @AndyKingy #legend

King has played 375 times for the Foxes and tasted Premier League glory with the club in 2015/16 when they marched to the title against all odds. The Wales international has played 50 times for his country and despite being out-of-favour under Brendan Rodgers, could have a great deal to offer a club like Huddersfield.

He joins a Terrier side hovering dangerously above the relegation zone in the Championship, a league he made over 200 appearances in and could help to make a positive impact on the Yorkshire outfit over the next few months.