Leicester City are said to be interested in PSV Eindhoven’s Steven Bergwijn.

Italian journalist Gianluca Di Marzio, speaking on Sky Sports’ Transfer Show (reported via the Leicester Mercury) on Thursday night claimed the Foxes hope to sign the Dutchman before the window slams shut at the end of the month.

The story has pleased the supporters as they appear to be excited by the prospect of landing the 22-year-old.

Would you like to see Bergwijn come in this month? 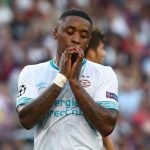 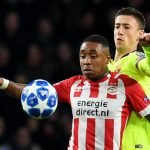 Steven Bergwijn ticks so many boxes. Plays as a 9, 10 or either wing. Contributes numbers. Pace to burn. Young and hungry which fits our philosophy. #LCFC

Bergwijn plays mostly as a winger which is perfect, if there’s interest this window please get it done!! @LCFC

Im going to tweet each day ‘@lcfc announce Bergwijn’ each day till he signs.

Does anyone have any news on bergwijn to Leicester? I’m really hoping it’s true #LCFC

Talks of Steven Bergwijn to #LCFC all over the time line. The scenes If we actually pull this off. ? pic.twitter.com/75EvlWtBov

The winger has made 16 appearances in the Eredivisie this season scoring five goals and providing ten assists.  Bergwijn is currently valued at £31.5m (via Transfermarkt.co.uk).

Looking at the Leicester City squad it’s fair to say they lack width, particularly in the midfield area and you could assume that has added to the excitement being displayed by those urging the club to get the deal done.

The player began his career with Ajax but has enjoyed great success with PSV, winning three Dutch championships at the Phillips Stadion. If the Foxes can get a deal done for the highly-rated attacker it would provide Brendan Rodgers’ side with a lift as they aim to secure Champions League qualification for next season.