Rangers: These fans react to yet another Alfredo Morelos goal | thisisfutbol.com

Rangers: These fans react to yet another Alfredo Morelos goal

Rangers progressed into the next round of the UEFA Europa League on Thursday night after drawing with Young Boys. It was a tight affair but a draw was all the Gers needed to advance. Thankfully, Alfredo Morelos was there to score a goal in the 30th minute to open the scoring.

It was a great chance for Morelos to redeem himself after missing a penalty against Celtic on the weekend, contributing to his team’s loss in the Scottish League Cup Final. His redemption paid off and fans returned to calling him a genius. It’s the same thing they have been saying for months now.

Do you expect Morelos to score whenever he plays now? 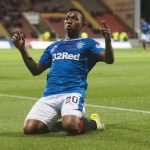 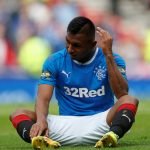 They love him and can’t believe that he managed to score six goals in six group stage games. It is a brilliant record.

I’ll never tire of saying I love him

At this point, it is hardly news when Alfredo Morelos scores. He has been doing it so consistently for months now that fans almost expect at least one a game. He will want to put a difficult Scottish League Cup Final out of his head, and a goal against Young Boys is a great start.

Of course, the cup final penalty miss appears to have been pushed aside and he certainly hasn’t let it affect him, which is great news for fans as he looked his normal self.