A lot of Leeds fans have responded to Footy Limbs’ rating of their first goal against Middlesbrough.

Patrick Bamford powered home a header after just three minutes to give the Whites the perfect start in a game they would eventually win 4-0 – their biggest win of the season.

The home crowd went wild as Bamford scored against his old club and ran off celebrating.

Does Elland Road have the best atmosphere in the country? 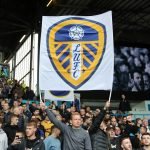 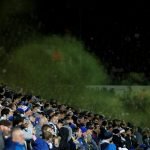 This saw Footy Limbs give Elland Road a 9/10 rating for that particular goal, and this has pleased many Leeds fans.

Send us videos of the best limbs you’ve got and we’ll rate it out of 10! #FootyLimbs pic.twitter.com/LVhyhvERoT

Best I’ve been in all season by far

Name me a better stand in England?

However, supporters of other clubs disagree.

Elland Road is widely considered to have one of the best atmospheres in the country, and this goal was certainly celebrated with gusto.

At the moment, everything is going well for the Whites – they sit on 40 points at the top of the league with the best defensive record.

Leeds look a more solid outfit than they did last season and have found a way to score more than one goal a game – which was holding them back earlier in the season.

So, it is no surprise to see Elland Road so happy at the moment as their team is on track for that crucial promotion, but a run of negative results could soon change the mood, so Marcelo Bielsa will need to make sure that complacency doesn’t creep in at any point.