A lot of Leeds United fans are delighted for Helder Costa after he bagged his first league goal for the club in the Whites’ 4-0 demolition of Middlesbrough.

The man on loan from Wolverhampton Wanderers broke through a couple of weak challenges and blasted a shot through Aynsley Pears in the Boro goal before his joyous teammates mobbed him. 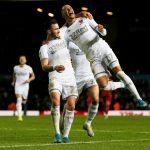 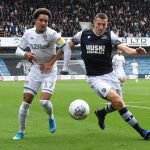 The goal and the celebration from the rest of the squad has delighted a lot of Leeds supporters.

The celebrations say much

Other Leeds fans chose to pick out Patrick Bamford’s pathetic attempt to score again after the Costa goal.

Great goal but was bamford trying to put it in back of net afterwards as he skyed it!

Marcelo Bielsa has persisted with Costa this season, and this goal was both reward for the 25-year-old and the Argentine for trusting the winger to come good.

Costa, who is valued at £10.8 million (as per Transfermarkt), will surely be delighted after getting off the mark and can use his first goal as motivation to really kick on.

Costa was fantastic for Wolves in the Championship, but he has not quite hit those heights again this year.

In 19 appearances, Costa has contributed one goal and provided two assists, but this goal could kick-start his Leeds career.