A lot of Leeds United fans were delighted with Kiko Casilla after he made a world-class save to deny Hull City an equaliser (2:10) and just seconds later, the Whites had grabbed their second after a lightning counter-attack. (2:30)

Which of Casilla's saves was the best?

The header from Eaves 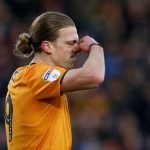 The header from Kachunga 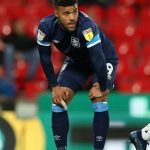 The move was brilliant, but many Leeds fans are praising Casilla for a fantastic stop.

WiFi’s dying on me. 2-0 Leeds, Alioski shooting in after Bamford hit the post. Counter after a brilliant save from Casilla at a Hull corner. It’s his name their singing and it’s him who Dallas ran to celebrate with

That is the best save i can remember seeing at ER. World class.

Kiko been magnificent this season who would have thought after last seasons final game.
Sign of a great keeper that
Mot

Other Whites supporters were pleased to see their side win despite playing badly.

A game Leeds would have lost last season. Stout defending.

Leeds have been poor tonight but 2-0 up

Casilla, who is valued at £2.7 million (as per Transfermarkt), has provided three stunning saves in the last two matches, and he is certainly proving his worth.

A corner was swung in, and Eaves met it with a firm header that was destined for the net, but the Spaniard stretched out a left hand to palm the ball away, and then Patrick Bamford completed the clearance. (2:10)

Leeds then charged up the pitch, and after Bamford’s shot had hit the post, Ezgjan Alioski was on hand to fire the rebound into the net. (2:35)

Casilla had played a huge part in the goal, and Elland Road recognised that and belted out his name.

Over the past few weeks, he has not had much to do, but against both Hull and Huddersfield, the 33-year-old has proved why he is considered to be one of the Championship’s best goalkeepers.