Leeds: Izzy Brown felt he was being ignored at the club | thisisfutbol.com

Leeds: Izzy Brown felt he was being ignored at the club

Former Leeds United player Izzy Brown reportedly felt like he was being ignored when he was at the club.

According to the Yorkshire Evening Post, Leeds manager Marcelo Bielsa claimed the 22-year-old &#8220;had the feeling we were ignoring him and we couldn’t improve him as a player” during his time at the club.

“Izzy Brown (now on loan at Luton Town) suffered when he was here with us and lost a bit of self-esteem. He found the process worrying.”

Brown joined the Yorkshire club on a season-long loan deal back in 2018 from the Chelsea U23 squad. Before making the temporary move to Leeds, Brown had loan spells at Brighton, Huddersfield and Rotherham (per TransferMarkt).

Does Izzy Brown deserve another chance at Leeds? 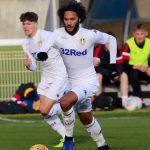 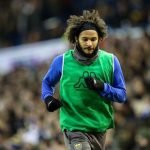 During his season Leeds, Brown only made two appearances for the club down to him being injured for large portions of the season. From the start of the 2018/19 season to the middle of November, Brown was out with a cruciate ligament rupture. Then he was out until February with a hamstring issue.

Brown, who is valued at £2.7 million (Transfermarkt), would have undoubtedly been unhappy with how his time at Leeds panned out. Very little game time and struggling with injuries would have made anyone feel left out and ignored. But the staff at Leeds would have surely done everything they could to help the player out. While Brown may not look back on his time at Leeds with much happiness, it would still have provided a great learning curve for him.