Wolves: Fans disappointed in Man of the Match pick 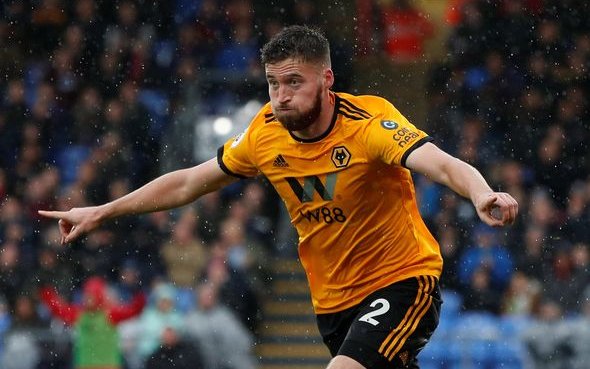 Wolverhampton Wanderers supporters were disappointed to see the Man of the Match award given to Matt Doherty after Sunday’s clash.

Following the 1-1 draw with Sheffield United, in which the Irish full-back bagged the equaliser for Nuno Espirito Santo’s side, Doherty was awarded Man of the Match (as per Wolves).

However, some fans felt that barring his goal, he had little impact on the game and were disappointed that the 27-year-old was given the award.

The votes are in and your @CoinDeal_ Man of the Match for this afternoon’s game is @mattdoherty20!

Great goal and love the guy, but if he was marking his man instead of going up for the header we wouldn’t of been 1-0 down after 2min

Aside from the goal that the Irishman netted to level the scores, the full-back picked up a 7/10 rating for his performance (as per Express and Star).

While a number of players also picked up the same rating as Doherty, Rui Patricio picked up the best rating for his side, with an 8/10 (as per Express and Star).

Despite Patricio getting the best rating and Doherty picking up MOTM, supporters felt there was another deserving of the award.

Was Jimenez not playing today ?

Adama was at the forefront of all of our attacks, Raul was involved in almost everything, the cross for the goal was perfect, should have gone to him

Was Jimenez not playing today then?

Perdonally I went for Raúl, but I understand why many fans went for Doc.

While it could have been viewed that Doherty did hold some responsibility for the Old Gold finding themselves a goal down early on, he played well.

Perhaps it was a little more of it being that fact he had bagged two important goals in the space of four days that earned him the accolade.