New Spurs manager Jose Mourinho has reportedly named some of his key targets for the January transfer window and it looks as if he could be reunited with out-of-favour Manchester United midfielder Nemanja Matic.

According to the Independent, Matic is one of several players Mourinho has told chairman Daniel Levy he wants to sign in the upcoming transfer window. Mourinho originally signed Matic for Manchester United in 2017 but the Serbian midfielder has fallen out of favour with current boss Ole Gunnar Solskjaer; starting just four games in all competitions for the Red Devils so far this season.

Matic, who is now 31, could provide excellent experience in the role and would certainly push Dier for a starting spot in the Portuguese manager’s new-look Spurs side.

Would Matic be a good signing for Spurs? 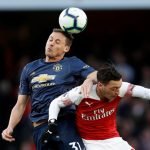 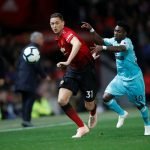 Matic is currently valued at £22.5 million by Transfermarkt but with his contract expiring at the end of the season, Mourinho could look to sign the 31-year-old on a cut-price deal in January. Spurs travel to Old Trafford on Wednesday evening in what will surely be Mourinho’s biggest test as Spurs manager so far, as he returns to his old club in a match that may well determine whether the 56-year-old considers making a move for Matic.

Spurs already have quite a well-stocked midfielder; including the likes of Eric Dier, Harry Winks, Moussa Sissoko and Tanguy Ndombele so it is difficult to see how Mourinho could accommodate the Serbian. However, he is clearly a big fan of the 31-year-old so it would not be a surprise to see him approach United in January.