Premier League side Southampton are keen on challenging Wolves, Leicester City and Watford for right-back Aurélio Buta, as per Belgian outlet Het Nieuwsblad (via Sport Witness).

The print edition of the paper claims that while Leicester see Buta as a potential replacement for Ricardo Pereira, the Royal Antwerp defender has also attracted interest from the Saints, Wolves and the Hornets in recent weeks.

Southampton fans: Would Buta be a good move? 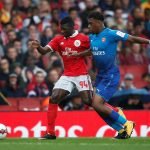 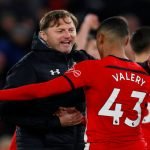 Back in October, the same outlet had claimed that Watford were planning to send scouts to watch Buta. But the more latest ones have talked of interest from both Southampton and Nuno Santo’s side.

Buta is currently 22 and is Portuguese by nationality. This season, he has played 23 times in all competitions for Royal Antwerp and 18 of those appearances have come in the Belgian league. He has scored one goal and has a tally of five assists in the league so far.

Buta is a product of the Benfica youth academy and joined the Antwerp-based side on a permanent basis in the summer of 2018. In the 2017-18 campaign, he was at the club on a temporary loan deal.

Since joining, the club, Buta has played 61 times in all competitions for Royal Antwerp. He has a tally of one goal and as many as 12 assists during this time. During his time at Benfica, Buta couldn’t make a single first-team appearance for the Portuguese giants.

But for the Benfica B side, Buta played 29 times in all competition. He had a tally of two goals and two assists.

Southampton are currently lacking in the right-back position. There have constant criticism about the defensive abilities of both Cedric Soares and Yan Valery. Both of them have struggled this season. The Frenchman has been dribbled past 0.5 times per game, while Cedric has been dribbled past 1.3 times as well. That isn’t a good sign for a right-back. Both of them are yet to contribute to a single goal so far this season.